Who you choose as your lawyer in a personal injury case is a very important decision. You need to be able to trust the lawyer you hire. In this post, I detail how to choose a personal injury attorney that is right for you.

When your case is settled, the insurance company check is typically deposited in your lawyer’s attorney escrow account, to be distributed by your lawyer to pay the doctors in your case, to pay the lawyer and most importantly to pay you your settlement. Make sure you choose a lawyer who has a good reputation in the community.

Deal with someone that has been referred to you by a friend. Check the internet to make sure there have been no negative articles regarding the lawyer. Check with local bar associations to make sure no grievances have been filed against the lawyer and that his license to practice law is in good order and not suspended or revoked. 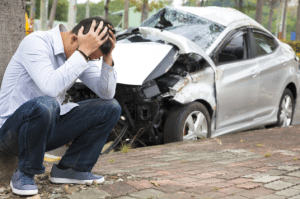 Every day the clients trust that the lawyer will do the right thing. I would bet that there are few professions with less safeguards for other people’s money. Unfortunately, there are always a few bad apples who do not deserve this trust. The practice of law as we know it could not continue to exist if clients were unable to trust their attorney. Theft by an attorney is similar to theft by an employee or other embezzlement crimes. Because of a few lawyers who steal from their clients, the reputation of all lawyers has been tarnished.

As a reminder, I have posted the following article from a recent newspaper article in Florida that discusses a theft of client funds by a lawyer in Florida. She received a 10 year sentence in federal prison.

ORANGE COUNTY, Fla. – A disbarred attorney and former certified public accountant who pleaded guilty to defrauding clients of millions of dollars was sentenced to 10 years of prison Tuesday.

Julie Kronhaus, whose practice was in Winter Park, had pleaded guilty to wire fraud and bank fraud in January.

As part of her plea agreement, Kronhaus admitted she used $2 million from trust accounts belonging to her clients, and used the money for her own personal use for things like traveling, clothing, dining and entertainment.

Some victims said they lost hundreds of thousands of dollars set aside for retirement their children’s medical care and said that her actions forced them to sell their homes.

The victims said they trusted Kronhaus with their money and business transactions for more than a decade until about three and a half years ago, when they realized she was stealing their money.

Prosecutors said she held money in trust accounts for her clients but stole about $2.8 million for a lavish lifestyle.

One victim told the judge Tuesday that she and her son have been without health insurance for three years while Kronhaus has continued to live inside the prestigious gated Alaqua Community.

Another lost his retirement savings.

“One point one million, which is 40 years of me working hard, saving and putting it in the hands of someone who was supposed to support my future. It’s gone,” said victim Alan Cook.

Kronhaus gave a short apology in court and asked for leniency, but the judge sentenced her to 10 years in prison and ordered her to pay back all the money.

She was allowed to walk out of the courtroom for a doctor’s appointment but must turn herself back in next week.

Some victims said they don’t expect to see any restitution.

When choosing a personal injury lawyer, please choose carefully and do your homework. While theft is rare, it does happen.

For more information on How To Choose a Personal Injury Attorney CLICK HERE.