Does speeding bar recovery in a Maryland car accident?

Normally, when you have the right of way, and a Maryland car accident occurs, the other driver is at fault.

1. when you are on a straight boulevard and a car coming in the opposite direction makes a left in front of you,

2. When you are on a straight boulevard with a green light and a car coming from your right of left runs a red light,

3. When you are on a straight boulevard with a green light and a car coming from your right of left runs a stop sign.

Secondly, if he never saw the driver, then how can he testify that the favored driver must have been speeding.

Three, even if, un-favored driver can prove the favored driver was speeding, more often than not even if the driver had been going the speed limit the accident still would have happened so speed is not usually the cause of the accident.

In Meyers vs. Bright 327 MD 395, 609 A.2D 1182 (1992) the facts showed Bright turned left after being waved across by the pickup truck and began traversing two lanes of traffic without being able to see the oncoming traffic to the right of the pickup truck.

The Court of Appeals of Maryland held: Motorists turning left have a duty to yield to oncoming traffic that is dangerously close. Maryland Code (1977, 1987 Repl.Vol.), Transportation Article, § 21-402(a) provides:

“Turning left. — If the driver of a vehicle intends to turn to the left in an intersection or into an alley or a private road or driveway, the driver shall yield the right-of-way to any other vehicle that is approaching from the opposite direction and is in the intersection or so near to it as to be an immediate danger.” 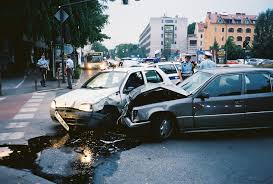 In his brief, Bright makes much of the fact that “right-of-way” is now defined by statute as “the right of one vehicle or pedestrian to proceed in a lawful manner on a highway in preference to another vehicle or pedestrian.” Md.Code (1977, 1987 Repl.Vol.), Transportation Art., § 21-101(r) (emphasis added). If Myers had been speeding, his argument goes, she cannot take advantage of the right-of-way statute because she had not been proceeding “in a lawful manner.”

For support, Bright calls upon our decision in Covington v. Gernert, 280 Md. 322, 373 A.2d 624 (1977). In that case, a man named Gernert was driving the wrong way on a one-way favored highway. He collided with a car driven by a man named Covington, who had entered the highway after stopping at a stop sign and looking to his left, the only direction on that one-way street from which he could expect vehicles to be coming. We said that Gernert, in driving in a direction from which he could not reasonably be anticipated by other drivers, was not proceeding “in a lawful manner,” and therefore did not have an absolute right of way over Covington. 280 Md. at 324, 373 A.2d at 625. Considering Gernert’s clearly dangerous and unlawful conduct, we held that Covington was not contributorily negligent as a matter of law, even under the harsh dictates of the boulevard rule. 280 Md. at 325, 373 A.2d at 625. He was not required to anticipate a car coming at him from the wrong direction.

There is no evidence that Bright’s conduct compares to Covington’s — or that Myers‘ alleged speeding compares to Gernert’s violation of the law. Bright did not see Myers, because he could not see anyone, regardless of whether or not they were obeying the speed limit. At the moment he tried to cross the highway, there was a pickup truck and a line of vehicles in the southbound turning lane blocking his view. Bright could reasonably expect motorists to be coming southbound in the other lane, and he was obliged to look carefully before proceeding across. If he could not see anything, he should have waited until his line of sight was clear before completing the turn. Whatever the situation, it would be illogical to hold that Myers‘ speed relieved Bright of his general duty to give attention to those vehicles he could reasonably anticipate would be on the road.

Making left-hand turns on two-way roads, especially highways, can be perilous. When permitted, left turns “should be made cautiously, in the exercise of due care, and the responsibility for seeing that the turn can be made in safety is placed on the motorist desiring to make the turn, without regard to which vehicle enters the intersection first. A driver attempting a left turn must keep a proper lookout for other vehicles in, or approaching, the intersection.”3 Blashfield Automobile Law and Practice § 114.122 at 260-62 (1965) (footnotes omitted) (hereinafter Blashfield).

Had Bright seen Myers‘ car approaching and decided that he would be able to make it across the two southbound lanes before she arrived at the location, a jury question on Bright’s primary negligence might have been presented. In some circumstances, someone planning to turn left might make a reasonable observation of the oncoming motorist and realize that (1) the driver is not obeying the speed laws and (2) the turn cannot be made safely. Under other circumstances, however, the turning driver, making a reasonable observation of traffic, will not be able to recognize that the oncoming vehicle is moving faster than the law allows and might reasonably proceed into the turn. Factors that might mask an approaching vehicle’s speed from a prudent driver — and thus lead him or her to misjudge the timing of its arrival — could include weather conditions, distance, topography, angle of observation, etc. 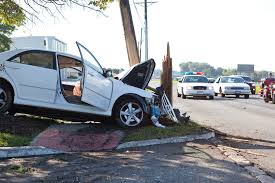 Thus, a speeding driver may not appear to necessarily constitute “an immediate danger” to a left-turning driver, even when the laws of physics dictate that there will be a collision if the turning driver proceeds. Drivers, including those intending to turn left, are ordinarily entitled to assume that other drivers are obeying the law. Visual or aural information sufficient to overcome the ordinary assumption that the approaching driver is travelling within the speed limit might not be available. Such a scenario, however, is not what we have in this case. Bright could not see and therefore had no chance to gauge the speed or location of any oncoming vehicle. As we noted above, turning blindly into oncoming traffic is negligent regardless of what that traffic is doing. § 5-401.1. Release or settlement of claim by injured individual.