In order to win in a car accident, truck accident, pedestrian accident, motor cycle accident, or bicycle accident, the injured party must prove the other driver was negligent. Examples of negligence are violating the rules of the road like speeding, stop signs or red lights. Further example would be if driver ran stop sign and hit pedestrian in cross walk.

There is one exception to this contributory negligence rule. If the injured party can prove, that the at fault party had the last clear chance to avoid the accident, then the injured party, who was contributorily negligent can still recover. In the last set of facts where the pedestrian was hit in the middle of the block, the driver after he ran the stop sign, saw the pedestrian crossing in the middle of the block and had time to stop, but instead decided to speed up and try and go around the pedestrian. 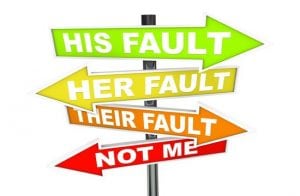 The Maryland case law sets out the requirements to prove last clear chance.

We have many times reiterated that the doctrine (which presupposes the existence of both primary and contributory negligence) has no application where the contributory negligence of the plaintiff is concurrent with the *638 primary negligence of the defendant. In order for the doctrine to apply, there must be a showing of something new or sequential, which affords the defendant a fresh opportunity (of which he fails to avail himself) to avert the consequences of his original negligence. MacKenzie v. Reesey, 235 Md. 381, 201 A.2d 848; State, Use of Taylor v. Barlly, 216 Md. 94, 140 A.2d 173; Meldrum v. Kellam Distr. Co., 211 Md. 504, 128 A.2d 400; Peregoy v. Western Md. R.R. Co., 202 Md. 203, 95 A.2d 867.

The basis of the doctrine of last clear chance is that the defendant has actual knowledge, or is under some legal duty that charges him with knowledge:

(1) that if he persists in a course which he is pursuing it will result in injury to another,

(2) which the other cannot, because of ignorance or disability, be reasonably expected to avoid,

(3) when the actor either has or is chargeable with that knowledge in time by the exercise of ordinary care to avoid injuring the plaintiff, but

In other words, the defendant is negligent, the accident victim is contributorily negligent and the plaintiff makes “a showing of something new or sequential, which affords the defendant a fresh opportunity (of which he fails to avail himself) to avert the consequences of his original negligence.” Nationwide Mutual insurance. v. Anderson, 160 Md. App. 348, 356 (1995).

Holding: Last clear chance doctrine was not applicable in action against motorist for death of pedestrian who was struck by automobile while crossing street between cross-walks, where motorist did not see pedestrian before striking him. Code 1957, art. 66 1/2, § 236(a). 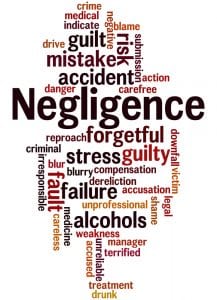 Holding: Negligence concurrent, rather than sequential, where car struck and killed pedestrian on RR tracks. Driver had no actual or constructive (assumed) notice of pedestrian’s presence on the tracks.

Car accident on RR tracks, where truck had already committed to a certain path and other driver saw the truck and could have reversed, no Last clear chance. Plaintiff’s own act cannot be the last event (sequentially).

P rode on hood of car and was found contributorily negligent when she sustained injuries while the driver drove with her in that position.

The rationale behind the concept of last clear chance is that “if the defendant has the last clear opportunity to avoid the harm, the plaintiff’s negligence is not a ‘proximate cause’ of the result.” (citing W. Prosser, Law of Torts (4th ed. 1971) § 66)

Here the defendant could have stopped the car.

Very rarely are you able to settle a case on the theory of last clear chance. Insurance adjustor are taught to look for contributory negligence on behalf of the party attempting to assert a claim and argue even if you are one percent at fault you lose. The only way to win a last clear chance case is usually at trial. This tactic rarely works, but is your last hope and can work on occasion and should always be argued in closing argument.